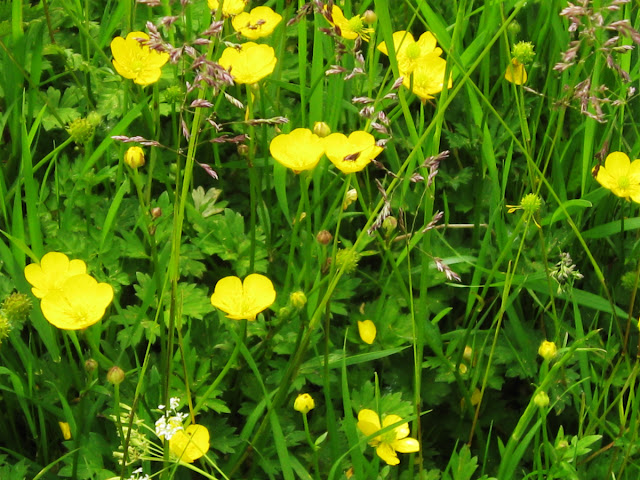 Did you know that buttercups are poisonous?

All parts of the ranunculus species (buttercups, crowfoot, spearwort, marsh marigold) contain the glycoside ranunculin which, when crushed, forms protoanemonin an irritant substance. All domestic animals, including horses, are susceptible to protoanemonin poisoning.

Buttercups do have a bitter burning taste which acts as a deterrent to horses eating them but when there are large quantities of buttercups in pasture it can become impossible for the horse to avoid them. The highest concentration of protoanemonin is present during flowering.

Buttercups in hay
Buttercups are non-toxic when dried so you don't need to worry if you find them in hay or haylage.

Removal of buttercups
Buttercups are obviously undesirable in your horses pasture and being an extremely invasive plant they need to be removed.  Buttercups thrive in poor compacted soil, aerating and draining the soil will help reduce numbers. Harrowing breaks the runners and slows growth. They can be killed by the use of a suitable weed killer but you should note that buttercups appear to be more palatable to animals after the use of weed killers and there is a greater risk of poisoning. Treated pastures should not be grazed for at least 2 weeks after the use of herbicides.
equine diseases equine health equine safety pasture plants poisonous plants