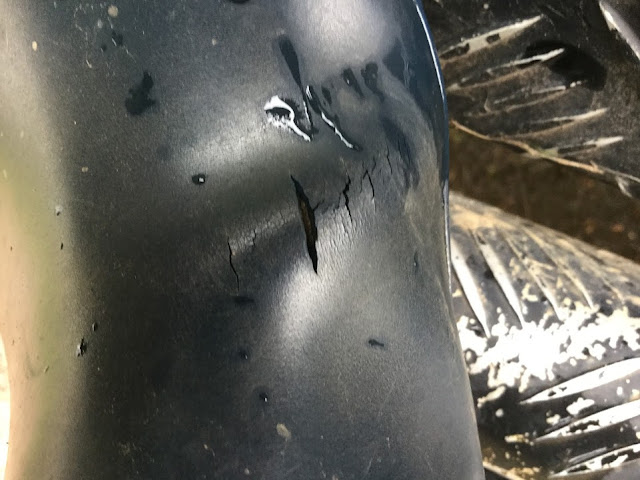 Hands up who's bought a pair of wellies that haven't lasted 5 minutes? Slight exaggeration there, but, I did once buy a pair that split on the first day of wearing. 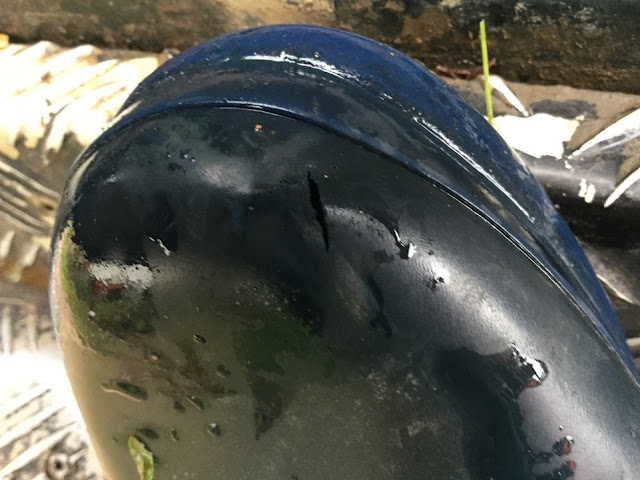 I've been struggling to find a pair of reasonably priced, flexible wellington boots ever since Hunter relocated it's manufacturing from Scotland to China. The non-made-in-Britain boots are inferior to the Scottish ones, they don't last very long at all.

I've been through quite a few pairs of wellies since 2008 none of which, apart from Dunlops which I didn't find comfortable enough for all day wear, even lasted through one winter. So when I found a brand offer a 1 year guarantee I was hopeful.

Classic wellies, designed to be worn all day long that came in a rainbow choice of colours with an assurance that they could cope with equine urine, what more could an equestrian ask for?

That they lasted maybe? 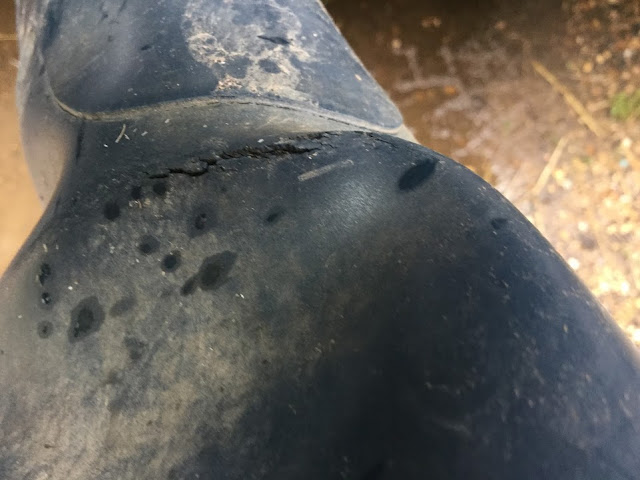 Sadly my guaranteed boots lasted less than 7 months, better than some I grant you but when a company guarantees something for a year one hopes that it will last at least 12 months.

As the boots were still under guarantee I tried to get a replacement pair.

A copy of my invoice along with photographs of the damage was sent to the tack shop I purchased them from. They in turn sent the complaint to the manufacturers who eventually agreed that I could be refunded providing I made the boots unwearable by cutting the tops off them and sending photographic evidence of this.

As if a hole in the toe doesn't make them unwearable enough!

My request for replacement was refused as unfortunately for me the tack shop no longer stocked this brand of wellington boot, I wonder why?

Fair enough could my refund be in the form of a cheque? No I would have to be refunded via Amazon, (I purchased them via Amazon) which presented another problem. The card that payment had been made on no longer existed, long story but N & P closed all current accounts this year. So how could I get my money back. Well according to the tack shop Amazon would refund via the card on the Amazon account.

I think you've probably guessed what happened haven't you?

Amazon refunded to the original payment method so the money is floating around in the ether somewhere not a very satisfactory result.

I pretty sure you'll have similar stories with regard to wellington boots / replacements / refunds do feel free to share and if by any chance you've managed to find a make that lasts 12 months and doesn't cost hundreds of pounds please tell. 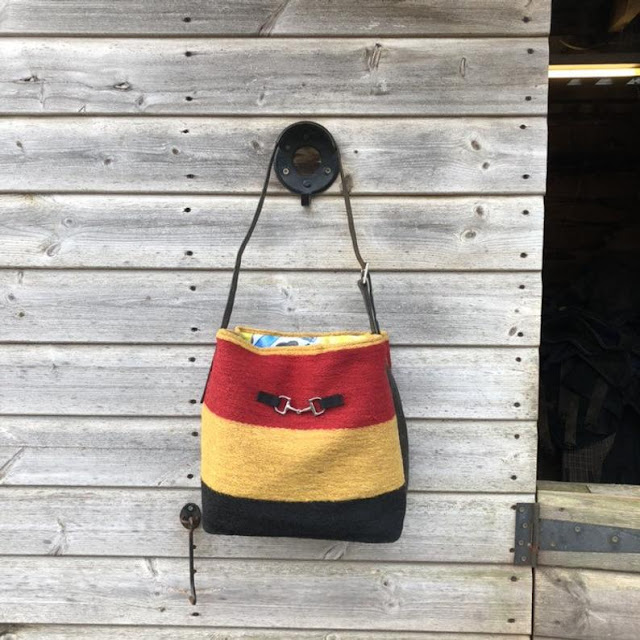